To say that basketball is popular at Charleston Day School is an understatement. Seventy five percent of our student body played this season. A few grades even formed multiple teams. Coaches recognized those players’ accomplishments during Monday’s assembly. 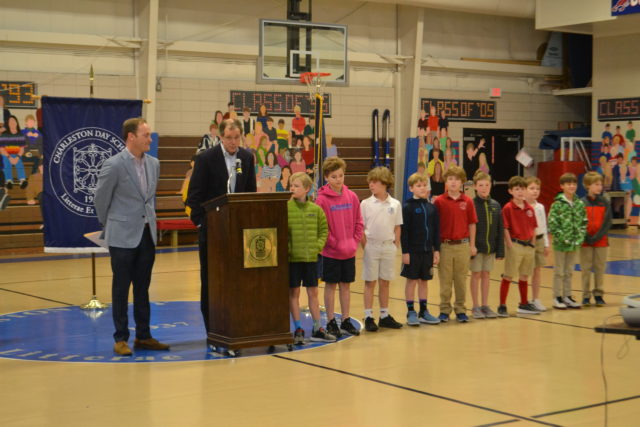 One of the top prizes, the Spirit of the Scorpion award, recognizes players who “exhibit, more than any other, the qualities that set us apart from other programs in the area.” 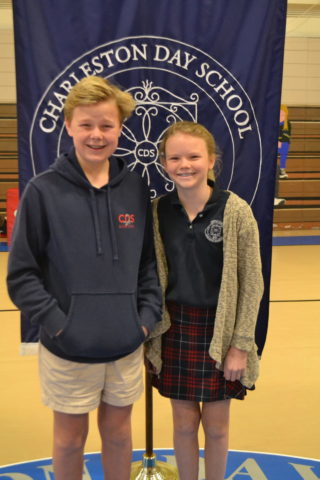 Leslie wasn’t even able to play most of the season, due to an injury, yet she was still the “ultimate model” of what a Scorpion is supposed to be, according to her coach and Charleston Day’s assistant athletic director, Travis Whetzel.

“Her upbeat positive attitude, her ability to lead her team from the sideline, her commitment in attending every game and only missing a practice when she had a doctor’s appointment, constantly encouraging her teammates and becoming our third coach on the bench this season are just a few of the reasons she separates herself from her peers,” he said.

Dedication to the team also set Francis apart. “He would be the first to give a high five when deserved and the one rallying the troops when they needed a little lift,” Whetzel said. “Every time he was in the gym he would give every ounce of himself and there was no questioning his motivation or his desire.” 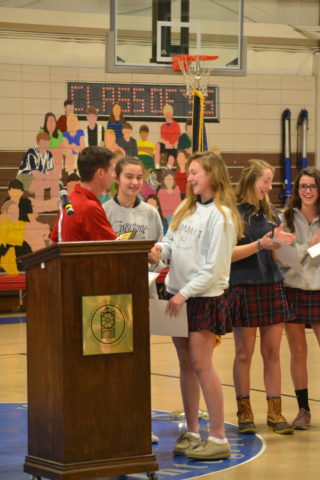 Coaches also recognized individual players with a Coaches Award and a Scorpion Award. The eighth grade girls’ team received the Academic Cup, for having the highest Grade Point Average of any team in their division of the Trident League.

Many thanks to all the coaches, parents, teachers and students who supported our basketball players this season. 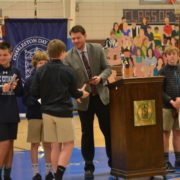 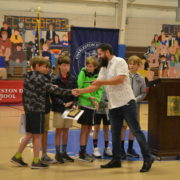 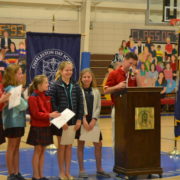 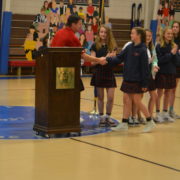 This week’s Assembly focused on the life and work of Dr. Martin Luther King, Jr. in advance of his namesake holiday...