Team “Spicy Scorpions” showed off their newly acquired culinary skills at the Cut Throat Kitchen competition. In round 1, they made Fried Rice — with orzo pasta instead of rice — thanks to a sabotage ingredient swap from Porter-Gaud. For round 2, they had to incorporate box mac and cheese into Chicken Alfredo.

Our team recovered by selling it as a dish that “touches to home.” Great job, Spicy Scorpions, and thank you Chef Nick, who worked with the students after school for weeks to prepare for the event.

Modeled after the TV show, Cut Throat Kitchen, where contestants sabotage the competition by swapping ingredients or stealing equipment, these middle school students competed against three other schools at Porter-Gaud. Proceeds from the event went to a charity selected by the students. 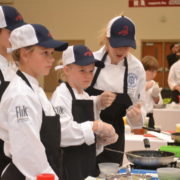 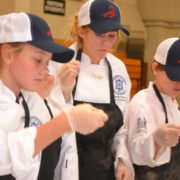 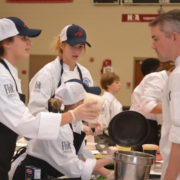 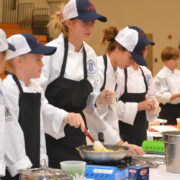 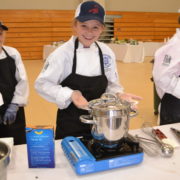 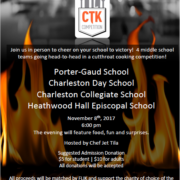 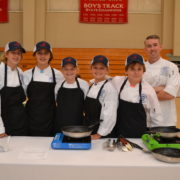 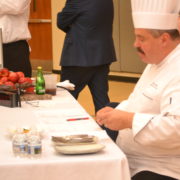