Their poise, personality and preparation were evident Wednesday morning as the fifth graders presented a stunning delivery of speeches at the school’s 35th annual Dottie Rhett Speech Contest. Each student picks a topic and spends time in class researching and writing the paper. 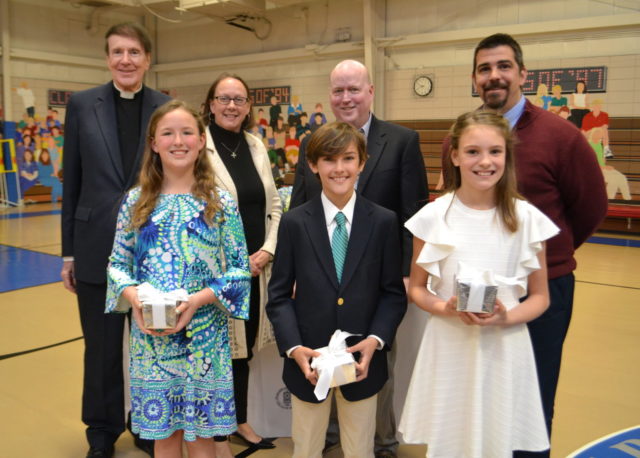 Topics of the winners were: “How will global warming affect Charleston?” “Social Media Addiction,” and “Mistakes that Worked.”

The six finalists presented their speeches to the entire school community, as well as a panel of outside judges. The rest of the class presented dramatic readings. 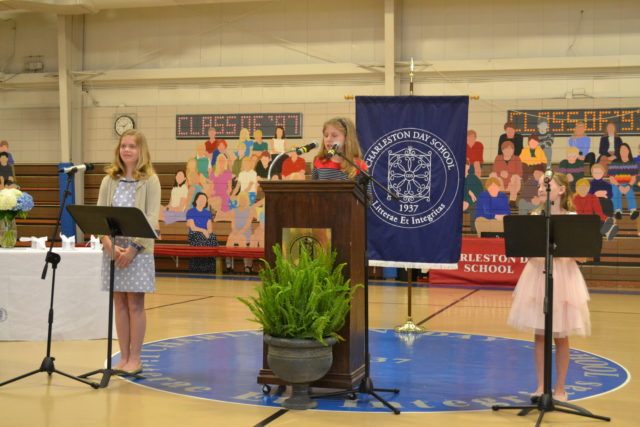 “We all talked amongst ourselves about how valuable public speaking is, how difficult it can be, and how nervous it can make some people,” said Robert Behre of The Post and Courier, who helped to judge the contest. “From an education standpoint, everyone here is really ahead of the game by going through this.” 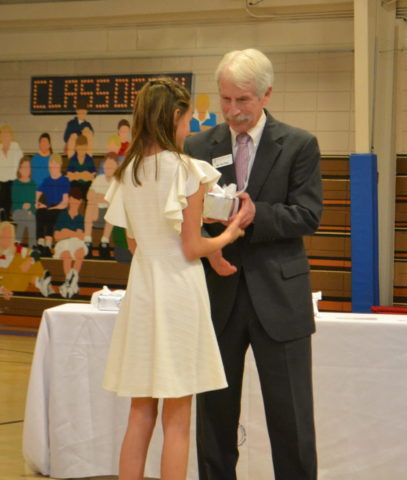 The contest was started by long-time language arts teacher Mrs. Dottie Rhett, who firmly believed that public speaking was a skill that every child should acquire. The contest was named in her honor after her death in 2014. We were honored to have her husband, the Rev. Dr. William Rhett Jr., in attendance.