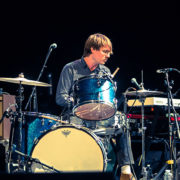 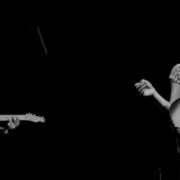 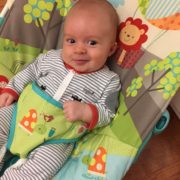 I attended two campuses. We moved from State Street to Archdale Street when I was in, I believe, 6th grade.

Wow. So many memories. I fondly remember riding my bike to school. Not sure if the kids do that still these days as much? I also remember playing a lot of very intense Four Square games during recess.

4. Where did you attend high school, college and graduate school after graduating from CDS? Were there any interesting turns along the way?

I really enjoy school, so I rode the academic train about as far as possible. I went to Episcopal for high school, then Bowdoin College for undergrad. After college I studied music composition for a year at a conservatory in Amsterdam, Holland. That was followed by a Masters degree from Yale and finally a PhD in music from Princeton.

5. What was your first job ever?

I had a paper route for the Post and Courier one summer when I was at CDS.

6. Tell us about your current career.

After finishing graduate school I decided to take a break from academia and began composing music for film and television commercials. My music has been heard worldwide on ads by companies like Nike, GE and many more. I also continue to compose classical much for orchestral ensembles, as well as record albums where I play all of the instruments myself – guitar, piano, drums, vocals, etc. I remain interested in academia and am currently exploring various teaching opportunities.

7. How did CDS prepare you for your musical career?

The 6th grade talent show was my first big gig. I played an extended drum solo. And I learned a lor from Mrs. Rhett about engaging an audience during the speech contests (my topics: “Parakeets” and “Greek Sculpture”) and 7th grade literary readings (I recited “The Raven”).

8. Tell us about your favorite music project to date.

I have a band with my wife, Amber Papini. We’re called Hospitality and have released two records and toured the world. Our first album was named one of Rolling Stone magazine’s top 50 records of 2012!

9. What do you do outside of work? (hobbies, interests, community service, etc.)

Amber and I just had our first child, so I’m loving hanging out with our son. We moved back to Charleston recently from New York and are really enjoying all that’s going on here. I also like surfing.

Bonus Question: If you had a chance for a one year radical sabbatical what would you do and/or where would you go?