‘Around the World’: New Twist on Longstanding Tradition

The second graders performed “Around the World” last week with an entirely new script and collection of songs, updating a CDS tradition that dates back more than 20 years.

Instead of a cruise ship, student newscasters were the emcees of the show. Songs included, “I Feel Better when I’m Dancing,” “Count on Me,” and “Try Everything.” 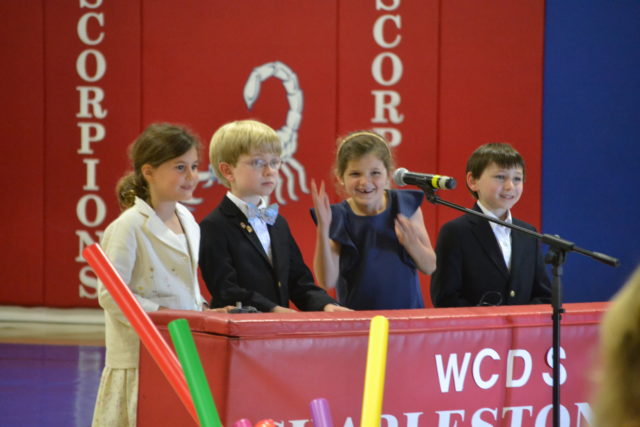 “We wanted to honor the traditions while giving the program a fresh look and feel,” said second grade teacher Vicky Cardwell, who wrote the script with her teaching partner Jane Bullard. “Goals included teaching children to respect differences while representing themselves in a positive light and using S.T.E.M., reading, writing, art, and performing to showcase the multitude of abilities second graders possess.” The new script also incorporates the school’s Mission with themes of respect and responsibility.

Some things haven’t changed. Elaborate costumes, delicious food representing each country, an exhibition of student writing and artwork and the students’ enthusiasm continue to be hallmarks of the show. 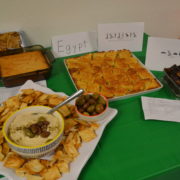 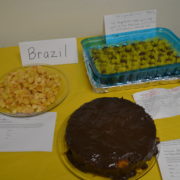 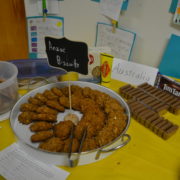 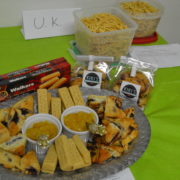 Around the World is a culminating activity for the second grade Social Studies curriculum, where students spend months immersed in reading and writing about the geography, climate, culture and history of more than a dozen countries. It is often mentioned by CDS alumni as one of their favorite memories.

Students also enjoyed numerous guest speakers, a live video chat, and even a recorded video especially for them from a family in Kenya! An added element this year was a 3D S.T.E.M. (Science, Technology, Engineering and Math) project. Students were provided with a cardboard box top and challenged to design something to represent their country that was no taller than 12 inches.

“We were thrilled with the creativity and problem solving skills,” Mrs. Cardwell said. “We LOVED how proudly the children presented their projects!”

The projects sat on tables around the gym and, at the conclusion of the show, families visited the tables where the students eagerly pointed out the features of their projects. 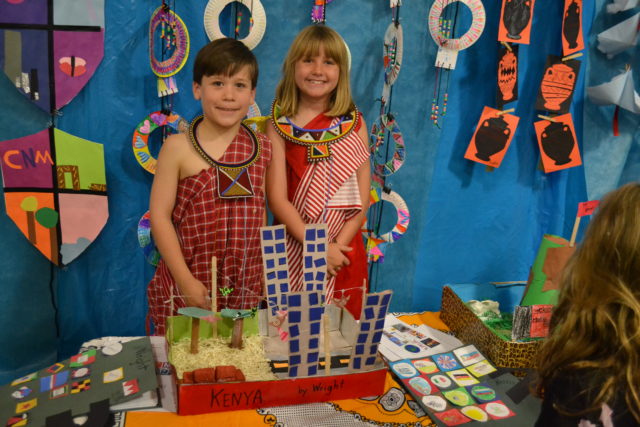 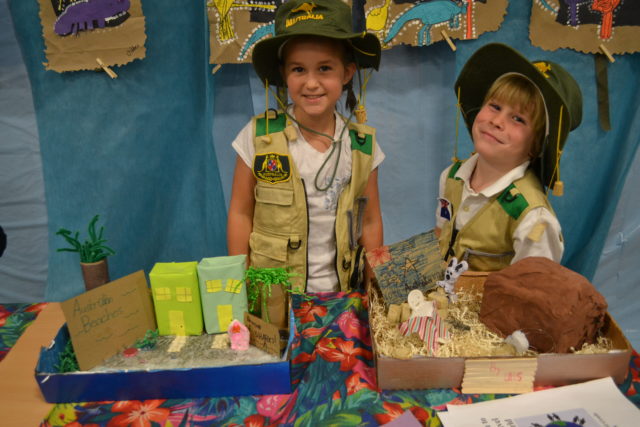 Another new component this year included the magic of green screen technology as students were “transported” to each country for the filming of a commercial from a travel agent’s point of view! This video played while families gathered for the event and will be digitally sent to parents for their archives!

During the show, the audience learned several fun facts about each country, such as that Switzerland has the most Nobel Prize winners and patents per capita and that Germany created Gummy Bears. Natural resources, famous musicians and athletes and geographical features of the countries were also highlighted.

The Philippines representative told us, “We’re an archipelago of more than 7,000 islands . . . some of them unnamed. We have 21 active volcanoes, a tropical climate, and typhoons . . . like your hurricanes!” The Philippines were added this year, along with Germany, to reflect the diversity represented within the second grade class.

“It’s amazing to learn about different cultures and histories,” one of the newscasters said. “Just think how boring our lives would be if we were all exactly alike!”

“I agree,” the other newscaster responded. “We are stronger as a whole when we learn more about each other.”

They also emphasized each country’s responsibility to work together.

The China delegates reminded us, “As representatives we know it’s important to be responsible, respectful and ready without a fuss. We work together and help each other so you can always count on us.”

Even advice about conquering fear was included from the Australian delegation.

“We’ve learned many things over the years, but in order to learn, we’ve had to conquer our fears. People fail many times in order to be great. So our advice is, Try Everything, mate!”