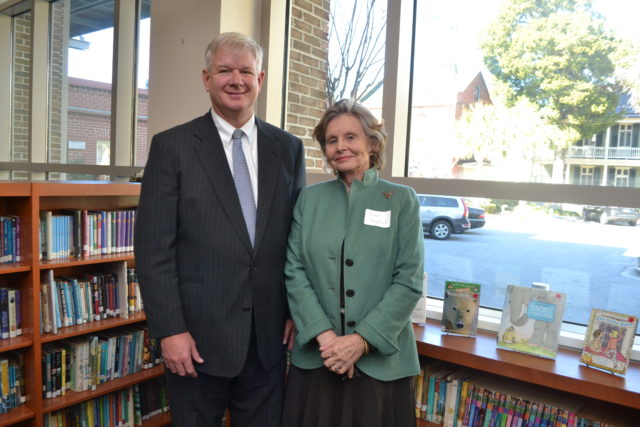 David Maybank and his mother, Louise, who received the Distinguished Service Award.

The relationships formed at Charleston Day are the hallmark of the school, said Mrs. Louise Maybank, as she accepted the Distinguished Service Award. She was surprised with the award at a luncheon for former Trustees held at the school this week.

Standing with her son David, she commented that her children have benefitted tremendously from the friendships formed during their years at Charleston Day.

Generations of students have benefitted from her devotion to the school, said Board Chair Ellen Smith as she presented the award.

“She has, for decades, shared her leadership abilities and her attention for what is right and appropriate for the future of the school,” she said. “It is because of her long-standing love and participation and superb leadership that we recognize Louise today.” 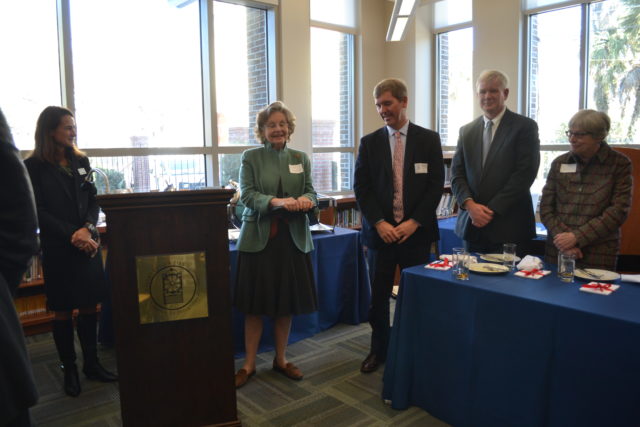 State of the School

Nearly 40 people attended the luncheon, which was held in the Library at the school. Interim Head of School Tom Reid provided a State-of-the-School address and highlighted the benefits of a K-8 model.

“They are not in the middle, but at the top,” he said. “Simply by virtue of that position, they behave differently.” 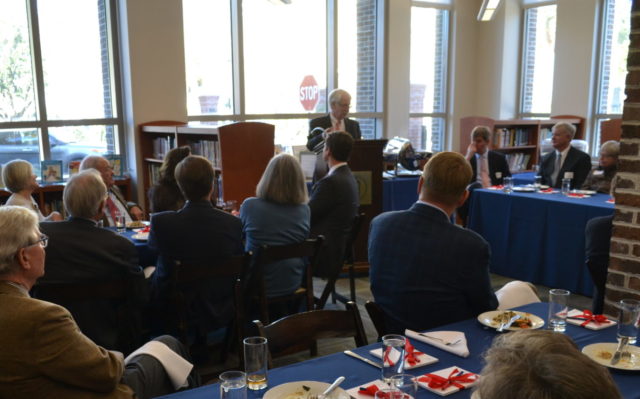 Interim Head of School Tom Reid provides remarks at the Former Trustees Luncheon in the Library.

In 2016, the Distinguished Service Award was established to recognize and honor a member of the Board of Trustees or valued school volunteer who the Board of Trustees feels has made a significant impact to the Charleston Day School community, its future and to the mission of the school — to foster scholarship, integrity, respect and responsibility in our students. Last year’s recipient was Rich Leadem, former Trustee and parent of four Charleston Day graduates.

Louise teaches others to simply ‘pay it forward’ to future generations and,
given that motto, she has impacted not only students but those with whom she
has worked.

Ellen A. Smith, Chair of the Board of Trustees 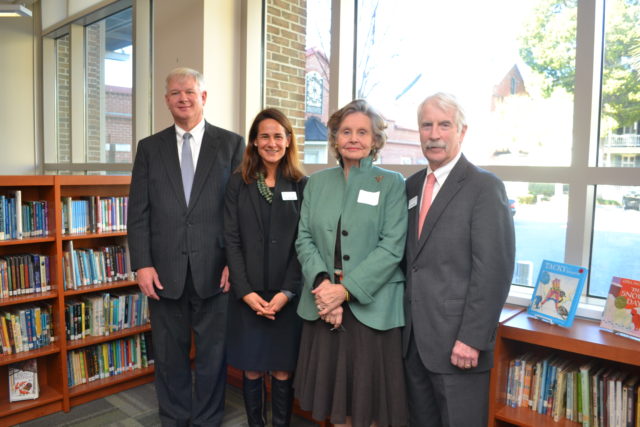