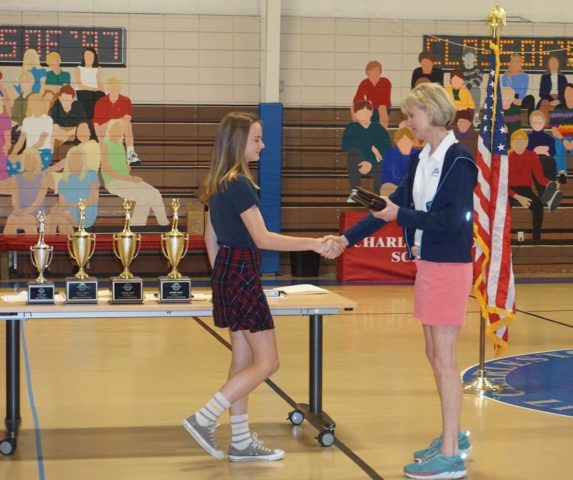 Basketball, sportsmanship and teamwork were celebrated at Assembly Monday morning as the 198 participating players were recognized. Charleston Day’s 21 basketball teams won two thirds of the games played, resulting in four conference champions, one conference runner up and three undefeated teams. 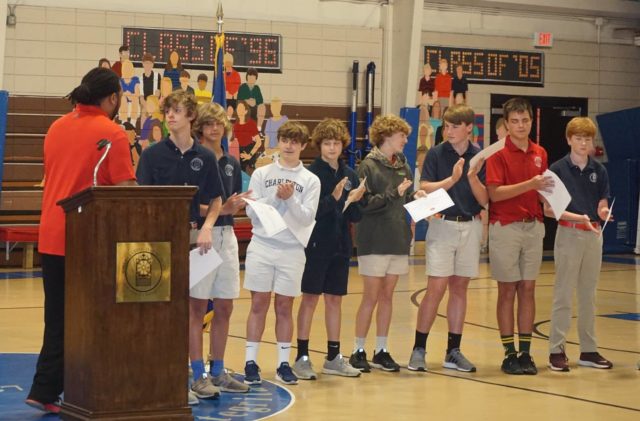 More than the numbers, teamwork and sportsmanship were celebrated as, one by one, the coaches highlighted the traits that distinguish Charleston Day School players: disciplined, coachable, encouraging. Congratulations to all who participated and to those who won Coach’s, Scorpion, All-Academic, or All-Conference awards! 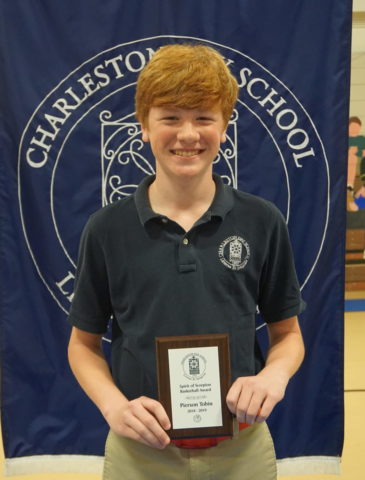 Congratulations also to eighth grader Pierson Tobin who received the Spirit of the Scorpion Award. This award recognizes a player who consistently demonstrates the tenets of our mission: Scholarship, Integrity, Respect and Responsibility. The recipient of this award has his or her name added to a plaque by the trophy case.

“Joining our other award winners on the plaque is young man who can serve as a role model for all younger players,” said Coach Whetzel about Tobin. “This player was a contributor to the Sr. Boys Red team not only in his play, but how he handled himself on and off the court – always displaying respect for opponents, coaches, and referees while still doing all he could to ensure his team’s success.  [He is] a player that made the most of his time, consistently improving his game, never with a negative thing to say, and always holding true to those values that are so important to a Charleston Day athlete. This Scorpion, beyond being a good basketball player, is an even better person.  He stayed prepared, ready for his opportunity, and was committed to his team.  He also was extremely committed to Lil’ Scorps – attending nearly every Saturday practice and game.”